Scholar, critic and novelist Sadia Abbas will read from and discuss the backgrounds of her novel, The Empty Room, with Maria Boletsi.

In 1970s Karachi, where violence and political uncertainty are on the rise, a talented painter, Tahira, tries to hold her life together as it shatters around her. Her marriage is revealed to be a trap from which there appears no escape. Accustomed to the company of her brother Waseem and friends – activists, writers and thinkers – Tahira struggles to adapt to her new world of stifling conformity and fight for her identity as a woman and an artist. Tragedy strikes when her brother and friends are caught up in the cynically repressive regime. Faced with loss and injustice, she embarks upon a series of paintings entitled ‘The Empty Room’, filling the blank canvases with vivid colour and light.

The Empty Room is an important addition to contemporary Pakistani literature, a moving portrait of life in Karachi at a pivotal moment in the nation’s history, and a powerful meditation on art and the dilemmas faced by women who must find their own creative path in hostile conditions.

Sadia Abbas grew up in Karachi and Singapore and currently spends a lot of time on the island of Lesvos. She is associate professor in the English department at Rutgers-Newark, specializing in postcolonial literature and theory, the culture and politics of Islam in modernity, early modern English literature, and the history of twentieth-century criticism. She is the author of at At Freedom’s Limit: Islam and the Postcolonial Predicament (co-winner of the MLA first book prize) and numerous essays on subjects ranging from Renaissance poetics to the Greek crisis to contemporary theorizations of Muslim female agency. She is currently working on a book on Greece and the idea of Europe, a second novel and co-producing a book on Shahzia Sikander’s work.

Maria Boletsi is Endowed Professor of Modern Greek Studies at the University of Amsterdam (Marilena Laskaridis Chair) and assistant professor in Film and Comparative Literature at Leiden University. 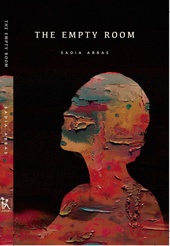