The Enlightenment is often either praised as the wellspring of egalitarianism and the modern philosophy of human rights or blamed as the source of racism, sexism, and all that has gone wrong in modernity. On the basis of his new book, The Color of Equality: Race and Common Humanity in Enlightenment Thought (University of Pennsylvania Press), historian Devin J. Vartija will discuss the contradictory legacy of the Enlightenment together with Shiru Lim, Amada M’charek, Silvia Sebastiani and Alicia Montoya.

There are no seats available anymore to attend this event at SPUI25, but you can watch the event online. Sign up for the livestream.

The Color of Equality investigates both the inclusive language of common humanity and the hierarchical language of race in Enlightenment thought, seeking to understand how eighteenth-century thinkers themselves made sense of these tensions. Enlightenment thinkers used physical features to categorize humanity into novel “racial” groups in a discourse that was imbued with Eurocentric aesthetic and moral judgments. Simultaneously, however, these very same thinkers politicized equality by putting it to new uses, such as a vitriolic denunciation of slavery and inhumane treatment that was grounded in the nascent philosophy of human rights.

Vartija contends that the tension between Enlightenment ideas of race and equality can best be explained by these thinkers’ attempt to provide a naturalistic account of humanity, including both our physical and moral attributes. Furthermore, he demonstrates in his book that our present-day thinking about human physical and cultural diversity continues to be deeply informed by an eighteenth-century European intellectual revolution with global ramifications. During this event, Vartija discusses his findings with Shiru Lim, Amada M’charek, Silvia Sebastiani and Alicia Montoya.

Alicia Montoya is Professor of French Literature and Culture at Radboud University. ​She is also Principal Investigator of the European Research Council-funded MEDIATE project (Measuring Enlightenment: Disseminating Ideas, Authors, and Texts in Europe, 1665-1830), that studies book ownership and the circulation of ideas in Enlightenment Europe. She has authored various publications such as Medievalist Enlightenment: From Charles Perrault to Jean-Jacques Rousseau (Cambridge 2013), and is the co-editor of several volumes, including Women Writing Back / Writing Back Women: Transnational Perspectives from the Late Middle Ages to the Dawn of the Modern Era (Leiden, 2010).

Silvia Sebastiani is Directrices d’études (Professor) at the École des Hautes Études en Sciences Sociales in Paris, where she teaches research seminars on Enlightenment historiography and on the ideology of race in the early modern period. Specialist of the Scottish Enlightenment, she has extensively published on the questions of race, gender, animality and history writing in international journals and collective volumes. She is the author of The Scottish Enlightenment: Race, Gender, and the Limits of Progress (2013), and the coauthor, with Jean-Frédéric Schaub, of Race et histoire dans les sociétés occidentales (15e-18e siècle) (2021).

Shiru Lim (moderator) is an historian of political thought. Her research explores the relationship between knowledge and power, and between intellectuals and the state, with a particular focus on Enlightenment Europe. From October, she will be a fellow at the Aarhus Institute of Advanced Studies. 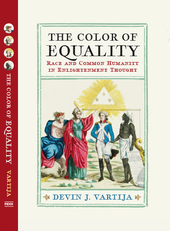 Amade M’charek
Can We Unlearn Racism?

Europe does not have a good track record when it comes to addressing racism—or even admitting it exists. Despite the pervasiveness of ethnic profiling, police brutality and discrimination on the housing and labor markets, countries struggle to tackle racism. In Can We Unlearn Racism? Jacob Boersema uses South Africa as a lens to understand this challenge.

Who decides what is valid knowledge and what is not? During this event we challenge the disbalances of power between Indigenous knowledge and Western scientific knowledge.