To the White House, the Vatican and deep behind the iron curtain: Boris Morros’s footsteps display a ‘Hollywood Double Agent’. What’s the bigger story behind this Cold War spy and how does it relate to today’s world?

This evening is devoted to a consideration of the relationship of culture, politics, and espionage during the Cold War, and the lessons that relationship has for the contemporary world. We focus on Boris Morros, a film producer during Hollywood’s Golden Age who secretly served as a Soviet spy for more than a decade before becoming an American double agent during the McCarthy Era. Morros, whose assignments took him to the White House, the Vatican, and deep behind the iron curtain, provided high-level intelligence – and disinformation – to the KGB, including military secrets and compromising information on prominent Americans. While significant in its own right, Morros’s story, which involves Russian attempts to interfere in American elections, resonates strongly today.

Jonathan Gill received his PhD in American literature and has taught literature, history, and writing at Columbia University, Barnard College, the Manhattan School of Music, Fordham University, the City College of New York and the Hogeschool van Amsterdam. He has also taught Yiddish at the University of Amsterdam. He is the author of Harlem: The Four Hundred Year History, From Dutch Village to Capital of Black America (Grove/Atlantic 2011) and has published articles and reviews for the New York Times, the Village Voice, the Nation, the Boston Review, the Guardian and the Associated Press. Additionally, he was a food columnist and book critic for the Holland Times. His second book, Hollywood Double Agent, was released in May of 2020.

Ruud van Dijk teaches history of recent international relations, German history and American Studies at the University of Amsterdam. His current research is on the Dutch role in NATO’s 1979 Dual-Track decision on Theater Nuclear Forces, and more generally what could be called the anti-nuclear revolution of that era. He has co-published the Encyclopedia of the Cold War (Routledge, 2008) and is currently working on a digital version.

Nathalie Bank is a Researcher and PhD candidate at the Ministry of Defence of the Netherlands, Research Institute TNO and Utrecht University. She is currently writing a doctorate dissertation about overt cyber influence operations in irregular warfare, case study Islamic State. She has an academic background in American Studies as well as Media Studies at the University of Amsterdam.

George Blaustein (moderator) is senior lecturer of American Studies and History at the University of Amsterdam. He is the author of Nightmare Envy & Other Stories: American Culture and European Reconstruction (Oxford University Press, 2018). His essays and reviews have appeared in N+1, New Yorker.com, The New Republic, Vrij Nederland, and De Groene Amsterdammer, as well as Amerikastudien/American Studies and American Quarterly. He received his doctorate in the History of American Civilization from Harvard University, and is the president of the Netherlands American Studies Association (NASA). 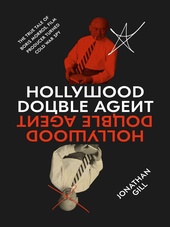 In samenwerking met
Faculteit der Geesteswetenschappen
The CIA's Public Life
Are Secret Agencies all that Secret?

In this NIAS talk, fellow Simon Willmetts focuses upon arguably the world’s most famous intelligence service, the CIA, and how they have tried to come to terms with their new public role.