Why do heritage projects proliferate in the West Bank and the broader Middle East? What role does heritage play in conflict (and its resolution)?

In recent decades, heritage, urban regeneration, and museum projects have proliferated across the occupied Palestinian territories, especially the West Bank. These efforts to reclaim and assert Palestinian heritage differ significantly from the typical global cultural project: here it is the local civil society and NGOs, not state actors, who are ‘doing’ heritage. Through their rehabilitation of Palestinian heritage, these organizations have halted the expansion of (some) Israeli settlements.

In the absence of a sovereign state, they have also given Palestinians opportunities to rethink and transform state functions in heritage and beyond. Why do heritage projects proliferate in the West Bank and elsewhere in the Middle East? What role does heritage play in conflict (and its potential resolution)? When the state fails or does not exist, how do local civil societies reinvent state functions? A panel of speakers will address these questions on the occasion of the publication of Heritage and the Cultural Struggle for Palestine.

Carolyn Birdsall is Associate Professor of Media Studies, University of Amsterdam, where she also directs the ASCA Cities Project and leads an NWO-Vidi project on radio collections as transnational conflict heritage.

Hilla Dayan is a political sociologist and Lecturer at Amsterdam University College. Her research focuses on Israel’s regime of separation, as well as on Mizrahi heritage and memory politics. She is a regular contributor and commentator on Israel-Palestine and the Mizrahi struggle, and is co-founder of gate48 and academia for equality, a membership organization for the democratization of Israeli academia and society.

Chiara De Cesari is Associate Professor of European Studies and Cultural Studies at the University of Amsterdam. She is the author of Heritage and the Cultural Struggle for Palestine (2019, Stanford University Press), and co-editor of Transnational Memories (de Gruyter, 2014, with Ann Rigney) and European Memory in Populism (Routledge, 2019, with Ayhan Kaya). Her most recent NWO-Vidi project explores the globalization of contemporary art and forms of creative institutionalism and statecraft.

Annelies Moors is an anthropologist and Professor of contemporary Muslim societies at the University of Amsterdam. She has done longer term fieldwork in the Middle East (esp. Palestine and Yemen) and Europe (esp. the Netherlands), and has published widely on gendered visibility (Islamic fashion; face-veiling), materiality, kinship and religion, gendered spatialities (migrant domestic labor), and controversies on Islam in Europe and beyond. Currently she is the lead researcher in the ERC advanced grant ‘Problematizing “Muslim marriages”: Ambiguities and Contestations’.

Ihab Saloul is Founding Director and Academic Co-Director of the Amsterdam School for Heritage, Memory and Material Culture (AHM) at the University of Amsterdam, and Professor of Memory Studies and Narrative at Bologna University. He is the author of Catastrophe and Exile in the Modern Palestinian Imagination (New York: Palgrave Macmillan, 2012), and an editor of two book series: ‘Heritage and Memory Studies’ (Amsterdam University Press), and the ‘Palgrave Studies of Cultural Heritage and Conflict’ (Palgrave Macmillan). 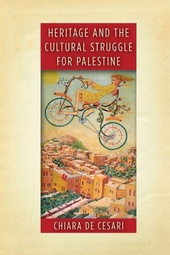