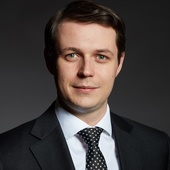 Pepijn Bergsen is a Research Fellow in the Europe Programme at Chatham House, working mainly on issues related to the European economy. Previously he worked as an economic policy advisor for the Dutch government, focusing on international trade issues, and spent several years as a political and economic analyst working on Europe at the Economist Intelligence Unit. He regularly comments on the European economy and politics, Germany and the EU in international media.

Gerelateerde programma’s
European Politics in Transition #4
Turning out- or inwards?